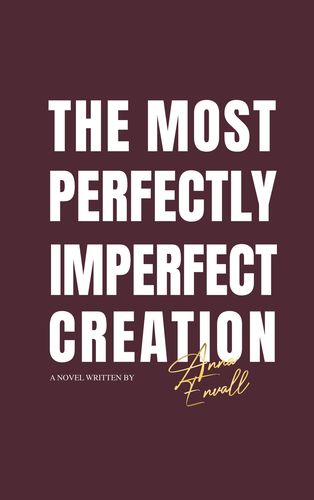 The most perfectly imperfect creation

Läs mer
Beskrivning
Lily Jacobs is a young woman who just moved to a new city. When she's not nose-deep in a book, she's either at work in the flower shop she works at or hanging out with her sister. Even though she's still being tortured by the memory of her abusive ex, she's beginning to feel like herself again. Her days are simple. Easy.

And then she meets him. He's rude. He's disrespectful. And yet he is, despite Lily's attempt to deny it, undeniably intriguing.
She didn't think that she would ever see him again but the universe had other plans.

If you expect this to be a happy fairy-tale, you will be disappointed. This is a story about the way that love can be harmful, devastating and anything but easy.

Filled with passion, love and violence. This novel is a reflection of the form of toxic relationships several individuals in our world are in and it is, in some cases, dark and explicit. Some scenes include violence, domestic abuse, and explicit sexual content.
Författare