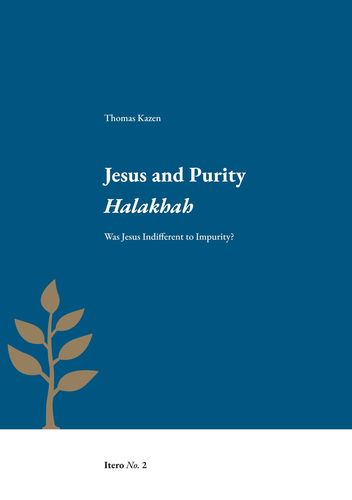 Was Jesus Indifferent to Impurity?

Läs mer
Beskrivning
This study traces Jesus' attitude to impurity within the historical context at the end of the Second Temple period, when practices of ritual purity came to play an increasing role in Jewish society and an expansionist trend gained in influence and support. The traditional focus on sayings material and criteria of authenticity in historical Jesus-research is modified, narrative traditions with implicit purity issues are appealed to, and extra-canonical traditions are included. The main areas examined are the most important "fathers" of impurity: "leprosy" (skin diseases), genital discharges, and corpse-contamination. Jesus is found to have acted in ways that could have been understood by some of his contemporaries as indifference to these types of impurity. His behaviour is shown on several points to clash with current purity halakhah and dominant expansionist ideals. In an attempt to interpret his actions within the Jewish context and culture of the Second Temple period, three explanatory models are provided. Jesus' attitude can be seen as part of a moral trajectory in Judaism. It can be understood as a response to a regional, Galilean dilemma. It can be viewed in a power perspective as an expression of Jesus' eschatological struggle against demonic evil. The result is that Jesus may be understood as operating within the purity paradigm of his time, yet seemingly indifferent in the eyes of some, pushing it to the breaking point. Such a reconstruction makes subsequent developments intelligible, in which various Christian currents drew conflicting conclusions. Those looking to Jesus' behaviour for some sort of guidance today may perhaps find contemporary analogies.
Författare

Thomas Kazen is Professor of Biblical Studies at the Stockholm School of Theology (University College Stockholm). Among his publications are Jesus and Purity Halakhah (2002, reprints 2010, 2021), Issues of Impurity in Early Judaism (2010), Emotions in Biblical Law (2011), Scripture, Interpretation, or Authority? (2013), Smuts, skam, status (2018), Etik och retorik i Jesustraditionen (2021), and Impurity and Purification in Early Judaism and the Jesus Tradition (2021).