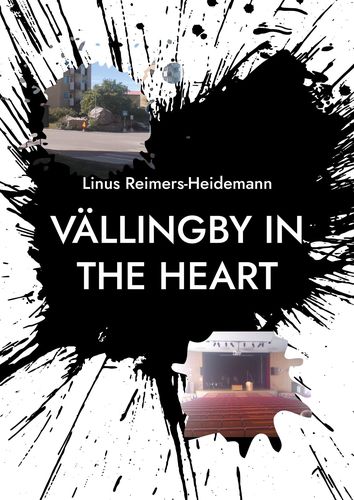 Läs mer
Beskrivning
That book takes up some history with photographs and the sights in the suburbs' suburbs with A-B-C-D are served.

Feel free to take this book on a long walk and discover all the sights that the suburb of Vällingby-Hässelby offers. You also get a wonderful and nice exercise for free. It will be like a baked-in lesson in a guided tour with good training and experience to see all the sights and remember.

A small hill in Grimstaskogen which is nearby and bears the name Oljeberget, also of biblical origin, also the biblical name Kanaan which first appeared in the 1730s and comes from an old croft that existed on the site.

Vällingby center was inaugurated on 14 November 1954, decayed during the 1980s and 1990s took its toll on the center buildings, in the early 2000s the city decided to renovate and modernize Vällingby Centrum, which was implemented during the years 2004-2008. One of the new buildings, K-fem designed by Gert Wingårdh (known to House of Sweden at 2900 K Street NW in Washington DC, USA, which is the Swedish embassy and representatives of Swedish companies. From October 2009 also the Icelandic embassy), was named the world's best building for shopping at the World Architecture Festival in Barcelona in 2008, received the Swedish Light Prize 2008 and the Nordic Light Prize 2010. After the renovation in 2008, Vällingby Centrum changed its name to Vällingby City. However, the name City was never approved by the municipality's name preparation, so the official name was still Vällingby Centrum, in 2017 they returned to the original name Vällingby Centrum, while the center got a new graphic identity that would "strengthen the modern 50's feeling".

The planning and architecture of Vällingby was influenced by ideas from North America-notably Clarence Stein's 'Radion Idea'-and the New Towns in the United Kingdom. In turn, Vällingby become a much discussed and influential model of suburban development in different parts of the world.
Författare

The author is a broad artistic knowledge of most things and specializes in all kinds of facts that give a unique artistry.

Authors choose their art based on criteria other than possible donations and the basis is of course that you should see the art as interesting. About this book which is another art form in art itself.

You choose art based on other criteria than possible donations and the basis is of course that you should see the art as interesting. If the named artist is exhibiting somewhere, you are interested in participating in it.

The artist gives a writer the foundation to stand on which, with allure, arouses the viewer's interest in looking at its beauty and knowledge.

The author is relatively unknown and some want to know who the author is, but have many years of solid education, lived abroad, met several unique people, both known and unknown people.

The author of this book has a broad artistry with a special writing tool to convey knowledge where both benefit and pleasure fall into the power of depth.