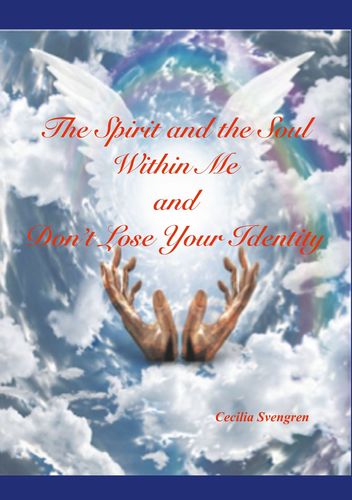 Läs mer
Beskrivning
During the year of 2019, Cecilia Svengren began to monitor some factors that were making her life feel uncomfortable. She noticed that what was being said to her, alongside how various people behaved towards her had started to affect how she was thinking. Cecilia began to understand the power of the spoken word, and the serious impact it had on others.

She came to believe that words penetrate the mind before flowing down to have an effect on the heart. As Cecilia continued to explore the negativity around her, she realised how detrimental negative words can be on the soul, particularly one that is not strong. For this reason, Cecilia started considering the spiritual aspect of life. In particular, the driving force behind the behaviour which leads to physical and psychological disorders. She analysed the way in which people identify themselves, and a potential journey leading to better health.

Cecilia quickly understood that everything we are begins with our thoughts, which are primarily caused by what we hear. She discovered that the way problematic situations were dealt with was due to whether we chose to embrace and accept them, or not.

The book examines discovering your identity through being aware of who you are, and thereafter affirming it. It depicts the importance of not changing ones values or beliefs for anyone, anywhere, and the significance of self-worth. The magnitude of societal factors is prominent with the resolute principle that it should not dictate who you are or what you become. This book will guide you to feeling good within yourself and about your life, irrespective of your situation.

Cecilia first wrote The Spirit and the Soul Within Me whilst at the same time as drafting a second edition, Dont Lose your Identity. However, she decided to amalgamate the two manuscripts and worked day and night in order to share her findings. Her aim remains to help others who are experiencing distressing times and as a consequence feel lost.
Författare

Cecilia Svengren is an author, born in Ghana, 1978. She has lived in both Australia and England, and now lives in Sweden. This is her debut book, also available in Swedish.

Cecilias heart burns with a yearning to share her awareness. By documenting her natural understanding, her wisdom will reveal how to protect your heart against anxiety, stress and fear. You will learn how to overcome all negative thoughts through positive perceptions, in order to achieve a peaceful and productive life. From this day forward...