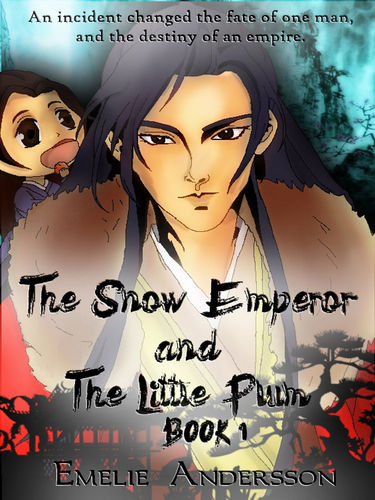 The Snow Emperor and The Little Plum

Läs mer
Beskrivning
In a world filled with sects cultivating immortality, demons fighting for supremacy, and mortal empires struggling for survival, a little plum meets the snow emperor. Not knowing if this is a curse or a gift from the heaven, Yecao Cao, will have to find a way to survive as the snow emperor suddenly announces him as his male lover while throwing him into danger in hope of baiting his enemies to the surface.

This is a Xuanhuan story, inspired by Chinese fantasy and filled with comedy and adventure as we follow Yecao Cao, the little plum, and Di Xúe, the snow emperor, as they struggle to deal with pirates, rogue cultivators, and a demon emperor who seem intent on conquering the Empire of Tian.
Författare

Growing up in a small town, reading fantasy and loving stories of all kinds. Emelie Andersson went from reading to writing and took inspiration from the entire world when shaping her stories. Constantly challenging herself to create a world where people can lose themselves for a few hours and leave the fictional world feeling better than when they entered.