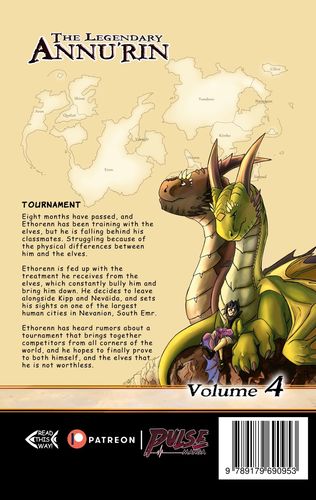 Läs mer
Beskrivning
Eight months have passed, and Ethorenn has been training with the elves, but he is falling behind his classmates. Struggling because of the physical differences between him and the elves.

Ethorenn is fed up with the treatment he receives from the elves, which constantly bully him and bring him down. He decides to leave alongside Kipp and Neväida, and sets his sights on one of the largest human cities in Nevanion, South Emr.

Ethorenn has heard rumors about a tournament that brings together competitors from all corners of the world, and he hopes to finally prove to both himself, and the elves that he is not worthless.
Författare