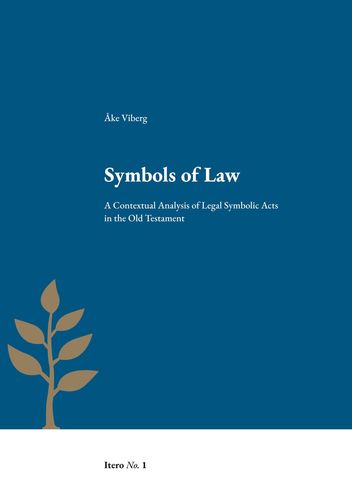 A Contextual Analysis of Legal Symbolic Acts in the Old Testament

Läs mer
Beskrivning
This analysis deals with Old Testament law in the form of legal symbolic acts, defined as non-verbal acts which fulfil a legal function when performed under the proper circumstances and when the legal function is different from the physical result of the act. Legal symbolic acts belong to customary law. Since the customary law of ancient Israel is not as well-known as the codified law, these acts provide important information regarding the customary law of ancient Israel. Legal symbolic acts are also conventional, i.e., they are not so much dependent upon their performance for their meaning as upon the general agreement attached to the acts by those who form the surrounding socio-cultural context. This invites a contextual approach to the texts in which the acts are described. Such a contextual approach also restricts the use of comparative material to an illustrative function. Only when the literary context cannot be used to conclude whether it is a case of a legal symbolic act or not, will the comparative material be used in a further, explanatory sense. The analysis focuses on the three aspects of performance, legal function, and historical explanation, and includes the following acts: raising the hand, shaking the hand, putting the hand under the thigh, walking through a divided animal, sharing a meal, piercing the ear of a slave, anointing the head with oil, grasping the horns of the altar, transferring the mantle, covering a woman with the mantle, removing the sandal, and putting a child on the knees.
Författare