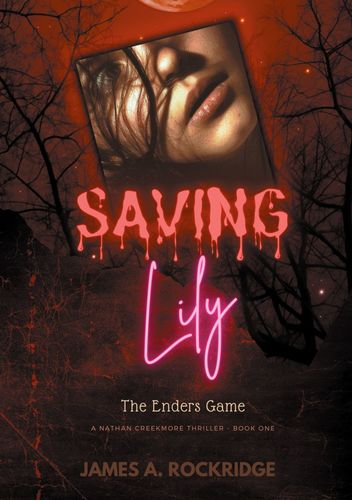 A Nathan Creekmore Thriller Book One

Läs mer
Beskrivning
After ten years, Nathan meets his former classmate Anna. Soon, they decide to get married. Following the ceremony, Anna introduces him to a one-off Mormon group led by an older woman named Emma Enders Bilton.
Though not the Bishop herself, Emma holds sway because she is the filial matriarch of the congregation. Nathan soon learns that Emma was the victim of multiple rapes for over forty years. It all began when she was fourteen years old. As a result, she birthed twenty-six children. The totality of her congregation is her blood kin.
Emma has known for forty years the eventual birth of a unique girl to be named Lily.
Emma predicts Lily, as a young teen, will suffer a similar fate unless men die beforehand. Nathan and Enoch Creekmore have been the chosen ones to be the triggermen and her redeemer.

They will be the ones to murder the guilty and disband a dangerous pedophiles gang.
Författare

James A. Rockridge's debut novel, "SAVING LILY -The Enders Game," is the second full-length work in the multi-generational series, "A NATHAN CREEKMORE THRILLER." The first one in the series, "The Robin's Nest," chronicles of an earlier Nathan Creekmore generation, which will arrive soon.
He was born in 1961 in the tiny town of Bruce, Mississippi, a place where he still lives there by choice. James identifies himself as a Southerner. His dialect, cliches, mannerisms, and worldview are products of Backwoods religion and mama's down-home cooking.
When James isn't spinning his own smart and witty yarns, he spends time reading great writers' works, watching a favorite movie, or traveling with his beloved wife, Kim. Together, they visit their grandkids or spend a weekend in a unique town to soak up the sights and sounds. By the way, Kim is married to a singer, songwriter, and novelist.
While she is admiring the scenery, James jots down book ideas.
James is the proud father of five wonderful men, five gorgeous daughters-in-law, seven beautiful granddaughters, and six mischievous grandsons.
Having spent thirty-five years designing and building homes and churches, he's learned that there's nothing more frightening than an empty church on a black night. He's come to know that if he was a character in one of his novels, he'd last ten minutes.