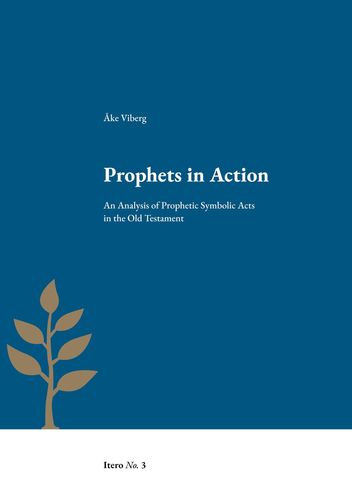 An Analysis of Prophetic Symbolic Acts in the Old Testament

Läs mer
Beskrivning
The purpose of this study is to understand the symbolic acts that are performed by the prophets in the Old Testament. What do these characters intend with their various symbolic acts? Viberg attempts to show that these prophetic acts are part and parcel of their prophetic message, nonverbal communication that extends the rhetorical arsenal these prophets made use of in action, as they struggle to persuade. The task of this study is accomplished through an exhaustive exegetical analysis of the relevant texts, with a particular focus on the symbolism involved. The goal is to formulate the purpose and function of these acts, together with a description of the acts and how they have been construed by means of various forms of symbolism. The theoretical approach works on three levels: first, the text that describes the symbolic act; second, the performance of the act within the textual world; and third, the symbolic reference or representation of the act within the symbolic world of the act. These symbolic acts are also set in the larger contexts of nonverbal communication and the ancient Near East.
Författare