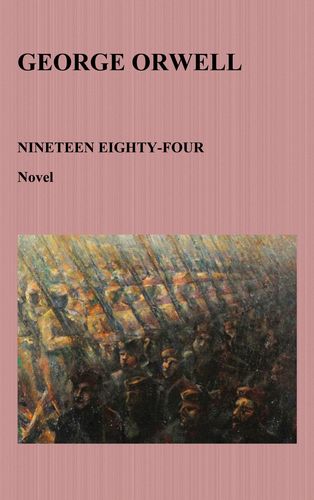 Läs mer
Beskrivning
George Orwell's Nineteen Eighty-Four is unquestionably the most famous dystopian novel of all times. Written in the year of 1948, the author swapped the last two digits while describing a future totalitarian society where the minds, attitudes and actions of the subjects are thoroughly scrutinized by the "Thought Police", suspected dissidents tracked down and where the worship of the mythical party leader Big Brother is forced upon the masses. The low-ranking party member Winston Smith begins secretly to question the whole system and initiates a forbidden love affair with another party member.
Författare

George Orwell (pseudonym), was an India-born British author that lived between 1903 and 1950. He is the author of a number of books, essays and poems. Although a left-wing liberal he has reached a world-wide fame through his two novels Animal Farm and Nineteen Eighty-Four, both of which decry the Soviet-style totalitarian communism progressing during and after the second world-war.