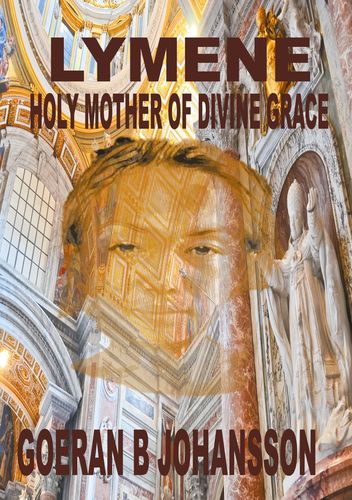 Läs mer
Beskrivning
The book is a novel, mostly in dialogue, between a Swedish pensioner Johan and the strongly Catholic believer, young, beautiful, and vulnerable Filipino mother of many children, Lymene, who is in the Philippines under another name.

Lymene wants to be called Mary because she adores the Virgin Mary of all her heart.

In the hard daily life, Lymene is under the strict control of her father-in-law, the rigorous Catholic patriarch, Father Alberto Notchea, and the whole family, friends, and relatives.

When Johan, whom she has known for many years, this time comes on a quick visit, Lymene is forced by Father Alberto Notchea to wear a chastity belt but still, controlled by a strictly global digitized encrypted system, is allowed to go with him on a trip from the Philippines via Thailand, further across the Eurasian continent to Sweden where, for better or worse, she gets to experience a country in political chaos and with a different moral view than the one that exists in her home country.

On the way back to the Philippines, Mary and Johan fly together over Catholic Poland further into orthodox re-Christianized Russia, where Eurasianism is in a dramatic confrontation with Globalism.

Then, finally, the journey goes via Malaysia back to the Philippines, where everything gets a theatrical and unexpected solution.
Författare

Goeran B. Johansson is born in Gothenburg. He is a retired teacher of music and the Swedish language as well as an IT support technician.

He has travelled a lot and lived for a long time in different countries in Southeast Asia. Mainly in the Philippines.

His primary interests are history, history of ideas, global geopolitics. He is a multi-instrumentalist and plays piano, violin, classical guitar, and various accordions fairly.

He is fluent in English and Russian and has previously published A Swedish Fellow in Asia. He has also written four separate books on Russia's path to global power during the presidency of Vladimir Putin.

Three of these books have, in turn, become a trilogy entitled A Slavic People. A Russian Superpower. A Charismatic World Leader. The Global Upheaval. The last separate fourth part has the title Alea Iacta Est the Die is Cast in the Shadow of Covid 19 Pandemic. The books as above are published in Swedish and English.

The latest work of fiction is the sixth book in the series.