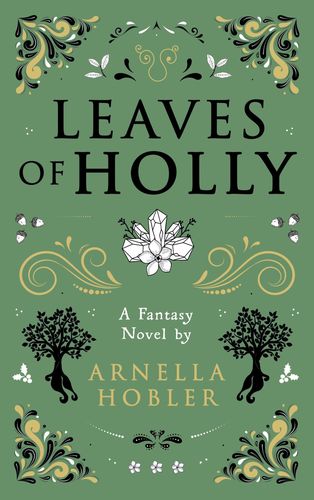 Läs mer
Beskrivning
The land of Mórceath is suffering. Crops are rotting and famine has spread throughout the realm, causing great distress across the three provinces. The once magnificent kingdom is steadily declining, magic is fading away and their connection to the Mother Goddess is at an all-time low. During a rare magical festival called The Reaping, a group of Newcomers arrive in Mórceath from a distant world. Traditionally, these Newcomers are set to work for the noble houses and are seen as little more than slaves. Among them, we have Ivy; a gentle but anxious girl of nineteen who finds her new life in servitude very difficult. But more challenges await her. She will come to play a major part in unravelling the mystery of the rot that currently plagues the realm, as well as possibly taking on an even greater task...if she proves herself worthy of it.

Follow Ivy on her journey of self-acceptance, discovering friendships, romance and exploring the mysteries of divine magic.
Författare

Arnella Hobler has dreamed of becoming an author ever since she was old enough to read and write. This dream finally came true with the release of her debut novel Leaves of Holly in 2021.

Arnella lives in Sweden with her husband and their ferocious Pomeranian. She has a BA in History and loves all things old, especially porcelain. Apart from writing, she also enjoys drawing, walking in nature and exploring old castles.