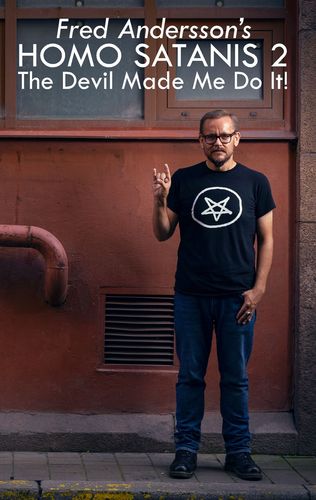 The Devil Made Me Do It!

Läs mer
Beskrivning
True individualism is to acknowledge and accept the differences of others; to live the life you want to live without interfering on your neighbor - or any other human being. Live and let live, it's that simple. That's the core of Fred Andersson's philosophy humorously named Cheerful Satanism. This is the second collection of essays on the subject of being free, the first one being Homo Satanis: How I Learned to Love Satan and other Insights from my Childhood, published in 2018.

In Homo Satanis 2: The Devil Made Me Do It! Fred brings up his own personal views on Satanism, individualism, friendships, patriotism, the danger of victimhood, family, christianity, psychic vampirism, love and hate, truth and reality, sex and many other subjects. It's honest and frank, straight to the point - and with a non-judgmental attitude. These texts are meant as an inspiration to cultivate your own uniqueness and embracing similarities to others without giving up on your own existence.
Författare