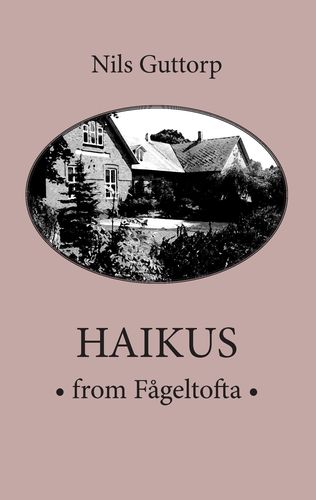 Läs mer
Beskrivning
Haikus from Fågeltofta contains about 500 haiku poems. They were written by the musician and painter Nils Guttorp, who lived in the old school in the tiny village of Fågeltofta in the southernmost part of Sweden for more than 30 years.

The poems contain experiences, standpoints, and reflexions collected during a long life, and concerning widely varying topics: art and music, sports, weather, and metaphysics, the simplest and the most difficult.

Taken together, the collection of poems constitute an autobiography of sorts.

The author is strictly adhering to the very demanding haiku format. Every poem has three lines. The first line has five syllables, the second seven, and the third again five. Haiku is the art of saying a lot in a few words.

An example from the book:

Freedom by itself
does not help anybody
to choose direction.

He was an artist and a musician. He exhibited paintings in the 40s and 50s, and served later as organist in Västerstad/Östraby, Kävlinge, and Vitaby/Södra Mellby in souther Sweden.