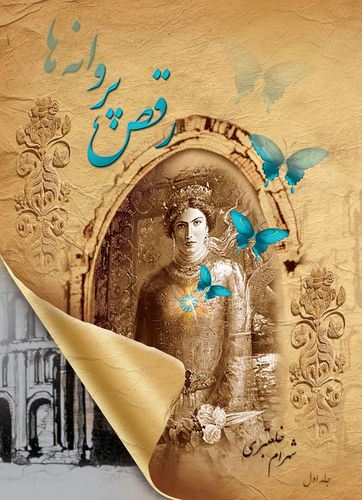 Läs mer
Beskrivning
The Dance of butterflies. What is the mystery of the yellow gemstone, or the secret of "Iranovich", the mystery that has affected the nation against all invasions and intrigue?

Faranak, a female figure, the daughter of Karen Pahloo, an ancient warrior of Ctesiphon, guardian of the royal dignity of Derafsh Kavian "a Persian banner" and a dear friend of the King of the Kings "Shahanshah".

She is the heir of one of the three most precious and hidden yellow gems which she later gave it to her son, Bamdad, who is a jeweler that makes a necklace of this gemstone. Where is that necklace now, will it return to the country and the nation where it belongs?

An exciting historical novel about the ancient Persian Empire. The female heroes reborn like never before since the epoch of Shahnameh.
Författare

Shahram Khalatbari was born and grew up in Tehran, Iran. He studied at the School of Education and Teaching. He was working as teacher in literature before the revolution in Iran in the 70s. He settled in Sweden with his family after the revolution, when the intellectuals felt threatened by the regime in Iran. Although he has lived most of his adult life in Sweden, he has never given up hope for freedom in Iran.
He has operated as a local radio station broadcaster for two decades. A popular station called "Radio Iran on Air" which provides poetry, popular music and political debates.

His latest book with the title "The dance of butterflies" is written in Persian so far, but will be translated in English and Swedish in the nearest future. This book is the first of seven parts!