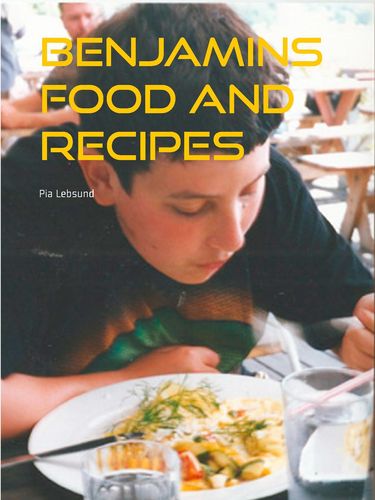 Läs mer
Beskrivning
I have for many years been investigating what is good food for Benjamin. He has lactose intolerance.

When he was little, he had stomach problems and we went in and out of the emergency department at Huddinge Hospital. He had constipation and diarrhea alternately.

I came in contact with a homeopath who said that maybe he was sensitive to gluten so a period I removed gluten completely from the food and he got better.

It was hard to keep up with the kindergarten so we started small let him get other food also. Pancake with flour, milk, eggs and sugar is such that I avoided for years to give him.

White flour, white sugar and regular milk are something I still do not give to Benjamin. I mix up with egg carrots if I make carrot cake and I bake it with organic coarse flour.

I am also sure that he gets organic products with as little poison as possible in the food and raw materials that are as good as possible.

He likes to cook food and have always helped me at home with cooking. He does now in his living.

Benjamin began to get a little balding and I checked around and found recipes that will help the hair follicles to recover. Those products are added now in Benjamin's usual recipes and his barber takes short every time he cuts himself and sees that the hair recovered. I checked around different products but nothing seems good and it. I have over twenty-five years with the Autism Parent, later special education teacher and researcher individual program of Teacher Training College as I ended the time I was not funded. I have engaged private documentation and research that I have written down now in several books. The General Ledger Module 1,2,3 and then several examples of the different modules of books in English.
Författare